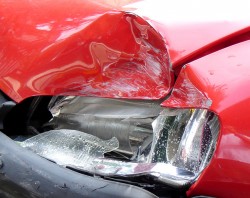 Financial loss insurance is better known in Europe as GAP insurance and is a form of insurance that covers you from financial losses that mainstream insurance would leave you with. It came about originally through the idea that a car loses over 20% of its value the moment you drive it off a car showroom floor.

Financial loss insurance is a product that allows, in case of theft or total destruction of equipment or vehicle, the complete repayment to the principal insurer the limit of the purchase price of the equipment. In other words, it would cover the GAP between what your new item is worth and what you bought it for. So for example if you have just bought your new car for £10,000 and take it home, then five months later if you were to sell it you may get £8000 or less. If you were to insure it with a mainstream insurer then you would receive £8000 or less if it was stolen or written off. If you were prudent enough to search out the cheapest gap insurance on the internet, then you would receive the full £10,000 if it were written off or stolen. Where it is true that you would save over 20% if you bought mainstream insurance, if you were in the situation as per the example above then that saving of 20% would have lost you £2000.

You can buy “Replacement Cost” Gap insurance so that if your equipment is stolen or completely destroyed, the reimbursement given by the insurer is sufficient to allow you to purchase the same without financial loss. Gap insurers offer an additional security that can be purchased with financing called “Replacement Cost” Gap insurance for the purchase of vehicles or equipment. The Gap insurer pays the difference between the purchase price of the damaged equipment and the amount of payment that would have been made by a mainstream insurer plus the deductible. You can cover yourself very aptly with even the cheapest gap insurance on the internet.

The Gap insurance known as “Overall balance” is there for if the vehicle or equipment of the insured is declared unserviceable or stolen. The Gap insurer pays the difference between the repayment money that would have been given by the mainstream insurer and the balance of funding (i.e. the remaining debt you are in from purchasing the vehicle or equipment. The insured person may still purchase a new vehicle or equipment. If your vehicle was written off or stolen whilst you still had debt on it, then this type of insurance could save over 20% more than if you still had to pay off the debt.

The Gap insurance known as “Fixed allowances” is if the vehicle is declared unserviceable or stolen, then the Gap insurer “upper bounds” for the “value according to an expert”. You would get from 10% to 50% more than mainstream insurers would give you, according to the current history and lifespan of the vehicle to avoid an excessive depreciation of the vehicle as time goes by.

Honey Baker is a novelist who was happy to save over 20% on her car insurance last year when she found the cheapest gap insurance on the internet.