Home activities Join me for an amazing ride by La Costa del Sol?

Join me for an amazing ride by La Costa del Sol? 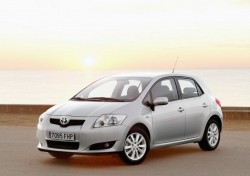 Malaga, the Spanish city of La Costa del Sol, in addition to the sun, the beach and the fried fish, kept in the streets a lot of charms and things to see. Malaga and its surroundings reserve unforgettable places for the liveliest traveller.

Planning a trip to Malaga means an enjoyable experience and there is no an easier way to make it than booking a cheap car from Malaga airport to all part of the country. The experience of travelling by car is one of the most rewarding because it allows us watch everything that happens before our eyes with the added advantage that has more freedom of improvisation can make spontaneous stops . I think is the right moment to get in the car and go for a ride. Do you want to join me?

From the monumental town of Ronda, to the tourist Marbella, Puerto Banus, Marbella and Fuengirola, Malaga has some fascinating surroundings which include many pleasing villages, incredible natural parks such as the Sierra de las Nieves or rich meadows as the Guadalhorce.

Serrania de Ronda: We start this trip in Ronda, one of the most pretty and romantic cities of Andalusia. It will visit the gorge (el Tajo), a hundred feet deep, over the Puente Nuevo, Plaza de Toros de la Real Maestranza de Caballeria, the nice park La Alameda, the old district of Ronda called La Ciudad where we can find the church of Santa Maria la Mayor and the Palacio de Mondragon, and the Arab baths.

The Serrania de Ronda is one of the more traditional routes of the white villages and towns including places like Atajate, Benadalid, Algatocín, Gaucin, etc.

Finally, we mention the Sierra de las Nieves Natural Park which preserves the most unique fir in the world from the tertiary period: pinsapo.

Costa del Sol: The stretch of coast from Malaga’s most internationally with popular locations as Torremolinos, Benalmadena, Fuengirola, Marbella and Estepona. Here is concentrated the most complete leisure of Europe and Aquatic parks. A few kilometres from the Mediterranean and protected by the Sierra Bermeja, Blanca and Mijas, we found perfectly conserved white villages such as Casares, Ojen and Mijas.

Axarquía: The gateway to the Costa del Sol is found in El Palo (neighbourhood of Malaga) that binds to the resorts of Cala del Moral and Rincon de la Victoria. Following along the coast we find Torre del Mar, Velez-Malaga, Algarrobo, Torrox Costa and Nerja with its Balcón de Europa and its famous caves discovered in 1959.

Here we find traditional villages such as Alhaurin de la Torre, Alhaurin el Grande, Cártama, Pizarra, Alora or Coín. Parque Ardeles is a must with the Conde de Guadalhorce reservoir, El Desfiladero de los Gaitanes or la Garganta del Chorro, 3 km long and 400 meters high, where the Turón, Guadalete and Guadalhorcerun rivers run together. Don’t miss visit the ruins of the Bobastro (Mozarab church) built from the tenth century and the prehistoric cave of Ardales.

A few kilometres away are the dolmen of Menga, Viera and Romeral.

The nature lovers are in the Torcal one of the most impressive landscapes in Europe and the Fuente Piedra lagoon, on the north of the province of Malaga, unique location within the Western Mediterranean wetlands and the largest colony of flamingos in Europe. Archidona, Campillos, Alameda, Mollina, Humilladero… are other towns with history that completes our tour.

Please, visit 1st For car hire Malaga for more information to book your car hire in Malaga airport and get news about the city.