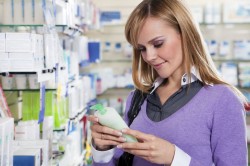 Hard to believe? Read on.

Nope, this isn’t a clever marketing ploy involving coupons or “advantage” points to get you to consume more – it’s actually true.

Well, that’s according to a recent study carried out in June this year by the Organisation of Consumers and Users (OCU) The study showed that shoppers buying usual household goods and foods can save more than 1,300 euros a year, just by changing their shopping outlet. However, that’s not all – in some major cities the possible savings are even greater (such as in Madrid) where the price gap between the cheapest and most expensive stores is so wide and quite shocking that shoppers in these areas could pay 3,200 euros less by buying at the bargain outlets!

The shopping study compared a total of 971 supermarkets in 53 cities, and compared the prices for two different types of purchases. The study entailed a “secret shopper” frequenting each of these supermarkets and using two shopping carts. One shopping cart was filled with name-brand food and toiletries, and another was filled with cheaper options such as “white brand”, store labels or other bargain brands.

The study’s results were quite revealing. For name-brand products the cheapest store on average nationwide was Alcampo, although in some cities regional stores came out quite a bit cheaper, such as in Granada and Jaén, where Supermercados “Dani” were the least expensive. Following on from Alcampo, at about eight per cent more expensive, were Carrefour, Día and Mercadona.

The most expensive national chain was – you guessed it – El Corte Inglés, with nearly 25 per cent higher prices than economical leader Alcampo.

For bargain-brand items, Lidl was definitely the most economical followed by Alcampo, Carrefour and Aldi. And again, as with the name-brand products, El Corte Inglés topped the charts being the most expensive of the national chains. Phew!

Well, with the financial crisis still alive and kicking in Spain, I know where I definitely won’t be shopping…!