Revolutionary shake up for Spanish Surnames 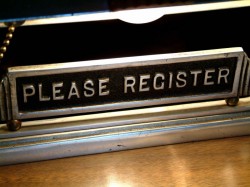 A change in the birth registration laws is being planned by Prime Minister José Luis Rodriguez Zapatero’s socialist government. This new law will instruct registrars to put surnames in alphabetical order, unless the parents specify otherwise.

Traditionally, Spanish people have two surnames at birth: firstly, the father’s and the second is the mother’s. Historically, the father’s name has always gone first and in legal battles, this name would also have priority, however under existing laws either can come first. In addition, Spanish women do not change their surnames when they marry.

Under the rule of Dictator, General Franco, first names had to be chosen from an approved list of Saints. Now, the latest legislation will also spare parents from declaring whether their child was born out of wedlock, a rule which has been mandatory since 1957.

The Government says it is a step forward in equality, and feminists have also said to be welcoming the proposed change saying it removes the socially acceptable form of machismo.

The new law is being touted as a way to help avoid the continual confusion in English-speaking, single surname countries and it also proposes the opportunity to allow people to replace the name of an abusive parent.

However, opponents of the legislation say that the alphabetical ordering of the surnames would mean that some surnames at or near the end of the alphabet would become extinct, as they would not be passed down to their grandchildren. There are also murmurings amongst the general public that this new legislation is nothing more than a smoke-screen, whose main goal is to deflect the attention of the public from the real matter at hand – which of course, is the economy. An American-born Malaga resident, Carlos Jiménez Bates was quoted as saying “It is hugely controversial and has got everyone in Spain talking. It’s a way of distracting people away from the Government’s failures.”

Other opponents complain that this new legislation is another example of the Americanisation of Europe and fear that soon all national differences will be eradicated and they will lose what they deem most important, their ancestry.