Home news Electricity rate increase – not such a bright idea?

Electricity rate increase – not such a bright idea? 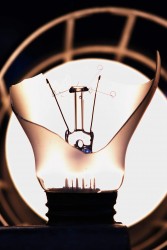 Millions of households in Spain will pay more for electricity and gas this year and consumer groups are up in arms at what they consider a “shocking” rate hike, which came into effect on 1st January 2011. The government has announced that the TUR tariff, which supplies up to 10 kilowatts of power, will increase by 9.8 per cent, while natural gas prices will rise by an average of 3.93 per cent.

Pedro Marín, The Secretary of State for Energy said the increase would raise the average monthly electric bill by 3.20 euros (or 38.40 euros per year) although the OCU Consumers and Users Group has estimated the figure to be closer to 4.25 euros per month and both were unable to say what consumption those figures represented. During 2010, there was public outrage when electricity prices in Spain rose by 2.65 per cent in January and by a further 4.8 per cent in October, so the reaction for this hike is more than expected.

An estimated 17 million homes and small businesses will be affected by the rise in electricity prices which the Industry Ministry has justified citing higher fossil fuel prices (liquefied natural gas is the main source of power in Spain) and the falling value of the Euro against the US dollar. It was also purported that the change was in line with similar recent increases in other European countries, despite this being the highest percentage rise in price since the liberalisation of Spain’s power market in 1997.

Consumer groups reacted with outrage to the nearly 10 per cent increase on electricity prices, calling it unfair and abusive, and have launched massive letter and signature-collection campaigns against the hike. They say that not only households but also small businesses and the self-employed will suffer from this “scandalous and unacceptable” measure.