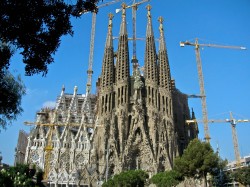 Barcelona is today one of the world’s leading tourist, economic, trade fair/exhibitions and cultural-sports centres, and its influence in commerce, education, entertainment, media, fashion, science, and the arts all contribute to its status as one of the world’s major global cities. It is the capital of Catalonia and the second largest city in Spain, after Madrid being the sixth-most populous urban area in the European Union. Barcelona is the 16th-most-visited city in the world and the fourth most visited in Europe after Paris, London, and Rome, with several million tourists every year. About five million people live in the Barcelona metropolitan area.

Founded as a Roman city, Barcelona became the capital of the County of Barcelona. After merging with the Kingdom of Aragon, Barcelona became one of the most important cities of the Crown of Aragon. Besieged several times during its history, The name Barcelona comes from the an cient Iberian Phoenician Barkeno, attested in an ancient coin inscription in Iberian script The Barri Gòtic (Catalan for “Gothic Quarter”) is the centre of the old city of Barcelona. Many of the buildings date from medieval times, some from as far back as the Roman settlement of Barcelona..Some sites to see include the Palau de la Música Catalana, The Cathedral of St. Eulalia, Church of Santa Maria del Mar, church of Santa Maria del Pi, Church of Sant Pau del Camp, Columbus Monument and the Arc de Triomf. 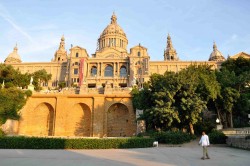 Barcelona has a great number of museums, which cover different areas and eras. The National Museum of Art of Catalonia possesses a well-known collection of Romanesque art while the Barcelona Museum of Contemporary Art focuses on post-1945 Catalan and Spanish art. The Fundació Joan Miró, Picasso Museum and Fundació Antoni Tàpies hold important collections of these world-renowned artists. Several museums cover the fields of history and archeology, like the City History Museum, the Museum of the History of Catalonia, the Archeology Museum of Catalonia, the Barcelona Maritime Museum and the private-owned Egyptian Museum. 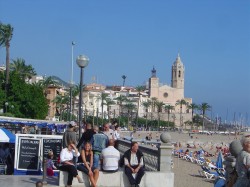 Barcelona beach was listed as number one in a list of the top ten city beaches in the world according to National Geographic and Discovery Channel. Barcelona contains seven beaches, totalling 4.5 km (2.8 mi) of coastline. Sant Sebastià, Barceloneta and Somorrostro beaches are the largest, oldest and the most-frequented beaches in Barcelona. The Olympic Harbour separates them from the other city beaches: Nova Icària, Bogatell, Mar Bella, Nova Mar Bella and Llevant.

Barcelona has many venues for live music and theatre, including the world-renowned Gran Teatre del Liceu opera house, the Teatre Nacional de Catalunya, the Teatre Lliure and the Palau de la Música Catalana concert hall. Barcelona also is home to the Barcelona and Catalonia National Symphonic Orchestra, the largest symphonic orchestra in Catalonia.