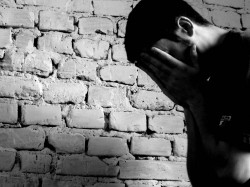 Spain cracks down harder on serious crimes; softer penalties for minor infringements of the law

Spain’s new and improved penal code will come into force on December 22 this year with the main focus being on terrorism, organised crime, corruption and sexual offences against children under 13 years.

New crimes which have been introduced to the code this year are piracy at sea, harassment in the real estate market, trafficking in human organs and illegal immigration networks.

Other, more minor offences are now finding the penalties softened. These include drug possession for self consumption, some driving offences or the selling of counterfeit goods at markets or in the streets. Those who sell illegal material in the streets, i.e.: DVDs/ fake designer bags and sunglasses will no longer be sent to prison when their ill-gotten gains amount to less than 400 €.

Also it has been mentioned that drivers will be given the chance to select from different punishments for minor/standard traffic offences to avoid the overcrowding of jails, given the increasing numbers of these offences – depending of course on the severity of these crimes.

A few of the hardened punishments in the reform are as follows:

Bribery between individuals is now considered a crime and punishments for public officials found guilty of corruption have been significantly increased. They will now always face a jail sentence, and not just a fine or ban from public office. Real estate crimes will be punished with prison, a maximum of four years for unlawful building and for the authorities who protect them.

There is now a 15 year jail term for those who hijack a plane or boat.

Mobbing or bullying in the workplace is now a crime, which carries a sentence of up to 3 years prison.

Prison is also the punishment for dangerous drivers. Driving over 60 kms/hour in town or 80 kms/hour on inter-urban roads, or under the effect of alcohol or drugs will now be punished with prison and the seizure of their vehicle for three to six months, with large fines and six to twelve months community service.

Additionally, there will be harsher sentences for child abusers who face up to 15 years in prison, and the possibility that children are removed from such parents for their protection will be introduced.

Stricter control for criminals is planned after their sentence is served with monitoring on terrorists and sexual delinquents and especially paedophiles, who face ten years monitored release after completing their sentence.

There will be punishment for those who exploit their peers. Penal protection of women and children in armed conflict, and express punishment of those who behave against the sexual freedom of a protected person, or who recruit or enlist children in such conflicts.

There are also new punishments in addition to the traditional mix of prison and fines, with probation, restricted movement, and the extension of up to five years for some custodial offences to be enacted.

These reforms to the code were driven by a need to meet international standards but in the end they have gone above and beyond that. The dean of Málaga’s college of judges, José María Páez: was quoted as saying “we are virtually talking about a completely new code.”

Just one example is organised crime, where a distinction is drawn between the constituting, direction and coordination of such groups and the participation in them. The first will carry a maximum jail term of up to eight years whilst the second a maximum of five. However, consideration will also be given to whether the gangs are large, or if they use dangerous weapons or the latest technologies, which can significantly increase the jail terms.

I for one, am in favour of these new legislations, which see Spain cracking down on some of the more important crimes which seem to have gone either without punishment, or with a lessened sentence in the past. I am also pleased to see that some punishments, (for what could be called misdemeanours or minor crimes) have been lightened according to the severity of the crime, meaning the police force is more able to focus their considerable energies on getting the real criminals in Spain off the streets.