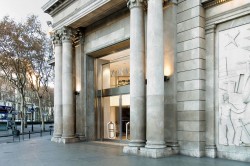 Industria de Diseño Textil, S.A. (“Textile Design Industries”) or more commonly known as Inditex, is a large Spanish corporation and world’s largest fashion group. The founder and current chairman of Inditex is Amancio Ortega, Spain’s richest man and the world’s 7th richest man. Inditex runs more than 5,000 stores worldwide and owns brands like Zara, Massimo Dutti, Bershka, Oysho, Pull and Bear, Stradivarius, Zara Home, Tempe and Uterqüe. Since September 6th all Inditex chain stores will be online. This means a further 15 countries in Europe will be able to purchase from the largest clothing chain in Spain. Deliveries will be available not only in Spain but also in the UK, France, Germany, Sweden, Switzerland, Austria, Denmark, Holland, Italy, Ireland, Norway, Poland, and Portugal.

The launch of their online platforms also marks the start-up of business operations for a number of these concepts in some of these countries. And so Pull&Bear, Stradivarius, Oysho and Uterqüe will make their market debuts in Germany. The latter chain will also enter the French, Swiss and British markets for the first time, alongside Oysho in the case of the UK. Massimo Dutti, meanwhile, which is set to launch online sales in a total of 13 markets, will make its first foray into Austria, Denmark and Monaco.