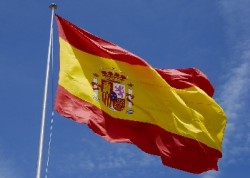 Spain is in full crisis and no matter how government ministers try to re-label the issues Spain faces nobody inside or outside the country can deny it, at least, not with a straight face. The Spanish economy has shrunk for five consecutive quarters with no quick recovery in sight.

One of the issues that have contributed to this is the lack of diversity in the Spanish economy. Ask anybody here what the two main industries of the country are and you’ll receive the same two answers, tourism and construction (although you could make a good argument for partying being included here). Let’s be fair to the Spaniards, they’re certainly not the only ones guilty of this but it has left them rather exposed to the global downturn. So what does Spain do to get itself out of this quagmire?

The answer being adopted in Andalusia seems to be to go back to your roots and do what you’re good at. As a result these past couple of weeks have seen two visits by foreign travel agents to get first-hand experience of the province and what it has to offer. The visits are intended to open up Andalusia to new markets, being organized by local representatives with the cooperation of foreign travel agencies. Such initiatives have proven to be successful in the past and offer ways for local attractions to publicize themselves to new visitors. A surprising example of this being the visit that took place just a couple of weeks ago by eleven Thai travel agents to the Caves of Nerja. It seems that the Thai people are increasingly enthusiastic to travel, with the number of visits noticeably increasing along the Costa del Sol prompting representatives of the Kuoni travel group and the Thai holiday wholesaler Express Holiday to organize a promotional visit of Spain. This week long tour of the region took in the City of Malaga, Marbella and Ronda as well as the other provinces of Almeria and Murcia but began at the caves where the visitors were guided by representatives of the Nerja Caves Foundation and learned of the history and the scientific and archaeological work that is being carried out at the site. 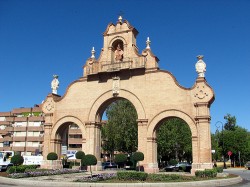 This trip however pails into insignificance compared to the tour recently organized by Thomas Cook in which it brought three hundred and fifty Dutch journalists and travel agents to Antequera on a familiarization trip to help promote the area as a holiday destination. The visitors were taken on a trip around the town, learning of its history and visiting important monuments.

These trips take considerable time and effort to organize with preparations for the Thomas Cook trip beginning in June of this year however the rewards for a town or attraction being featured by a major tour operator are clear to be seen. The strategy makes yet more sense when you study the trends highlighted by the figures collected by the Spanish Institute of Statistics and Cartography (Instituto de Estadistica y Cartografia). It has become clear that national tourism within Spain has declined with fewer Spaniards traveling from Madrid and other major cities despite the improvements to national infrastructure such as the AVE high speed link, which has shown a 2% decrease in demand for fares. Despite this trend, the tourism statistics have remained fairly stable, in fact they have increased since the low of 2009, with the lack of national visitors being offset by an increase in international tourism. This has left tourism as the only sector currently showing growth in the country.

So the way forward for the Costa del Sol and Andalusia as a whole seems quite clear, do what you’re good at! Let the three hundred plus days of sunshine a year, the 19 degree average temperature and the sun and sea do your talking for you!