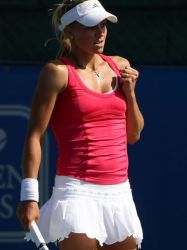 Marbella will again be enjoying the best of women’s tennis with the second edition of the Andalucía Tennis Experience set to run from 3rd to 11th April at the Club de Tenis Puente Romano. For the second successive year, tennis fans will be able to see the world’s best players, including the current WTA World Number 1, Serena Williams, who will be returning to the tournament and hoping to improve on last year’s performance. It won’t be easy for the American though, who will face tough competition from the current Spanish Number 1, Anabel Medina, who has confirmed her presence. Medina reached the final of the doubles last year, partnering Virginia Ruano and lost out in the semi finals to Jelena Jankovic, the eventual tournament winner, in the singles. Conchita Martínez is also on board again, taking on the role of Tournament Director for the second year after her success in the role last time round.

The Tournament will be held at the Club de Tenis Puente Romano on four courts, including the centre court, which has a 2,500 capacity. Thirty-two players will take part in the main tournament, in both the singles and doubles events and a further eight players in the wheelchair event. Tickets for this international Tennis Tournament are on sale since February 1st at www.ticktackticket.com, FNAC, Carrefour and El Corte Inglés Centers. Ticket prices range between 5 and 26 euros a day. Spectators can enjoy the preliminary round for only 5 euros a day on Saturday or Sunday. The price for the entire Andalucia Tennis Experience tournament will be 124 euros and 45 euros for children.