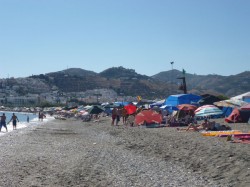 It’s been a pretty impressive year for tourism on the Costa del Sol with both ends of the coast from Marbella to Nerja seeing significant rises in hotel occupancy not just over the summer months but throughout the year. With the riots in Turkey and the continued unrest in Egypt, Andalusia has boomed with potentially far reaching effects for the rest of Spain. I thought it would be interesting to sift my way through the barrage of news on the subject and look at the statistics to tell the story.

The Spanish Institute for National Statistics recently published its official figures concerning the growth (or lack of) in the Spanish economy. This has been grim reading over the past two years with the numbers providing a constant stream of bad news, however on this occasion they showed something rather incredible, a change! Although not be much to shout about the Spanish economy actually grew by 0.1% over the summer months this year. Admittedly not a strong recovery, however it is significant because it means that Spain, at least for the next six months isn’t in recession!

It’s easy to understand why this happened in summer when you look at how things went on the Costa del Sol. Early on in the year Expedia, one of the world’s largest online travel portals, published their first quarter figures for hotel reservations on the coast, showing a 19% growth in the numbers handled by their organisation. The most popular coastal destinations amongst their figures were Marbella, Malaga city and Torremolinos with the British continuing to flock to the area for their holidays but with strong increases in visitor numbers from Sweden, Denmark and Norway (86%, 78% y 71% respectively). This is very much what Elías Bendodo, the president of the regions tourist board, has hoped to achieve with a continuous series of visits to tourism fairs looking to stimulate more interest around the world from countries as far afield as Thailand and Canada.

By July government statistic s showed an increase of 4% in overnight stays in Malaga compared to the same time last year which may not be as big a rise as in the first quarter but showed that the growth continued through the busy summer months. Malaga airport also provided some interesting metrics to go by with a 2.1% increase in passenger numbers through August. 2.1% really isn’t that much, however when you delve a little deeper into those figures you realise that the increase was registered despite a near 20% fall in national tourists passing through the airport! This figure is particularly telling when you take into account the problems that some of the other poplar Mediterranean resorts were suffering. 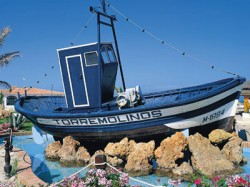 By the end of the summer and the settling of the dust, local tourist offices had the chance to look over their figures for the busiest time of year on the coast. This led to some surprising results, particularly in Torremolinos which had beaten its previous record for overnight hotel reservations throughout the month of August, this year registering 660,671 overnight reservations. The story of Torremolinos was a good example of what had happened throughout the area with the town reporting that it had recorded more than 3.5 million overnight stays in the first 8 months of the year, the first time this had ever happened.

So we come to the final quarter of the year and obviously, those statistics have not yet been registered but we can see what the big companies in the sector expect to happen. Telling news came from AENA the airport management company that runs 46 airports in Spain reporting that 11.5% more seats were available on flights to Malaga over the winter season compared to last year. Air berlin, the second largest airline in Germany, has increased the number of flights from Berlin, Düsseldorf and Stuttgart with the German capital now having four connections each week. Ryanair have also added a new route connecting Rome with Malaga too. In fact 25 new routes have been added to the winter schedule for Malaga airport which is currently the airport experiencing the most growth in the National network.

So it seems that 2013 will be a bumper year for the Costa del Sol and its most popular resorts and with good news already coming for 2014 with a direct connection being re-established with London Heathrow hopefully it will continue into next year and provide a basis for a sustainable recovery for Spain.