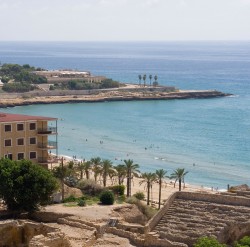 Spain is one of the most popular holiday destinations in the world and certainly the country of choice for Brits going abroad, with several million visiting each year. Because the country is such a popular venue for Brits, many know the country like the back of their hand, and can reel off detailed information about the Costa de Sol as easily as they can talk about the high street in their home town. Spain has become such a home from home for Brits as the result of a friendly, mutual relationship between the two countries; Britain brings in plenty of tourism dollars, while the Iberian coast provides the ideal stomping ground for holidaymakers looking for a warm temperatures, and an even warmer welcome.

No matter what the reason for Spain’s popularity, Brits certainly find themselves flocking back to the same tried and tested destinations each year, we’re all aware of the resorts dotted along the Costa de Sol and Costa Blanca including favourites like Malaga, Marbella and Benidorm, but what about the other ‘Costas’? That’s right there are others! Here are three of the ‘lesser known’ costal regions that could be just as good for a holiday;

Slightly further south down the coast from the rugged cliffs and ancient buildings on the Costa Brava is the Costa Dorada, with a much more forgiving landscape and calmer seas, perfect for strolling along. Make no mistake though, the Cosat Dorada isn’t all about relaxation however, the Port Adventura Resort is located here, site of one of Spain’s premier theme parks with several thrilling rides dived into five distinct zones as well as an Aquatic Park. The most popular towns here are Salou and Tarragona, Barcelona is just an hour’s drive from the coast.

The Costa Tropical derives its name from the citrus fruit grown just north of the coast in the farmland areas surrounding the lively seafront. ‘Tropical’ could easily be used to describe the weather however this region enjoys 320 days of sunshine, the most in Europe, meaning if it’s a can you want, the Costa Tropical is a safe bet. The area is also extremely well served, with three airports within an hour’s drive. The Costa Tropical is located just east of Malaga, but boasts quieter resorts like Almunecar and Motril.

Translation: Coast of the Light

The Costa de la Luz is host to an impressive 300km to beaches, most of them very quiet and unspoilt. This part of Spain hasn’t really been touched by tourism, so expect a very traditional, authentic vibe here, perfect for those want to find the ‘real’ Spain. The area is well known for being ideal for water-sports, and despite the sparsely populated coast, there are several large towns and cities inland such as Cadiz, Seville and Jerez.

Joe is a Spain enthusiast and thinks that the lesser known costs have just as much to offer on holidays to Spain as the more popular, busier areas. Joe plans to cycle the entire coast of Spain early next year!