Concerts in august in Manilva 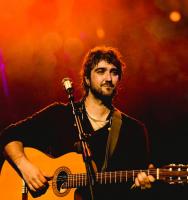 So that I am writing in English I am not sure if there is anybody out there who is reading my blog and who is interested in Spanish music. But I think, talking about Spain, you have to be interested in the Spanish music as well. So here are some interesting concerts which are in my hometown Sabinillas or let’s say Manilva in august, quite big concerts. The first two concerts from Antonio Orozco and from Soraya Arnelas from the 4th Operación Triunfo are in the “feria de Manilva”, so I think they are for free. The other two concerts are just big concerts in the football ground in Manilva. So august is getting hot in concerts.