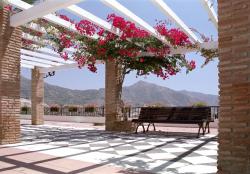 This week the Junta de Andalucía has launched a new promotional campaign to attract tourists from both the rest of Spain and other European countries during autumn and winter to improve figures for the low season. The campaign in Spain consists of four-day promotions staged in shopping centres in Valencia, Madrid, Zaragoza, Barcelona and Lejona (Vizcaya) where shoppers will be invited on a virtual tour of the attractions of Andalucía.

A parallel advertising campaign will appear in the media of 11 European countries between now and the end of the year. Countries targeted include Italy, Holland, Belgium, Luxembourg, Switzerland, Russia, Poland, the Czech Republic and Rumania.

Via: SUR in english